[Charts] Crack, Mortgages and One Undervalued Sector to Buy

This week, I’m dishing on the impact of a sudden spike in mortgage rates, the most profitable segment of the energy industry, and finally, the most inexpensive and expensive sectors of the market.

In yesterday’s column, I asserted that the nearly doubling in mortgage rates could put a deep freeze on home-buying activity. Especially when you consider the other market factors at work. Notably, rising recession fears, waning wage increases, runaway inflation, and an already unaffordable housing market.

For those reluctant to believe the red-hot real estate market could possibly cool so quickly, I think it’s instructive to literally see how far and fast mortgage rates moved.

Take a look, and then consider that the Fed is all but guaranteed to keep raising rates, which means mortgages are only going to keep getting more costly. 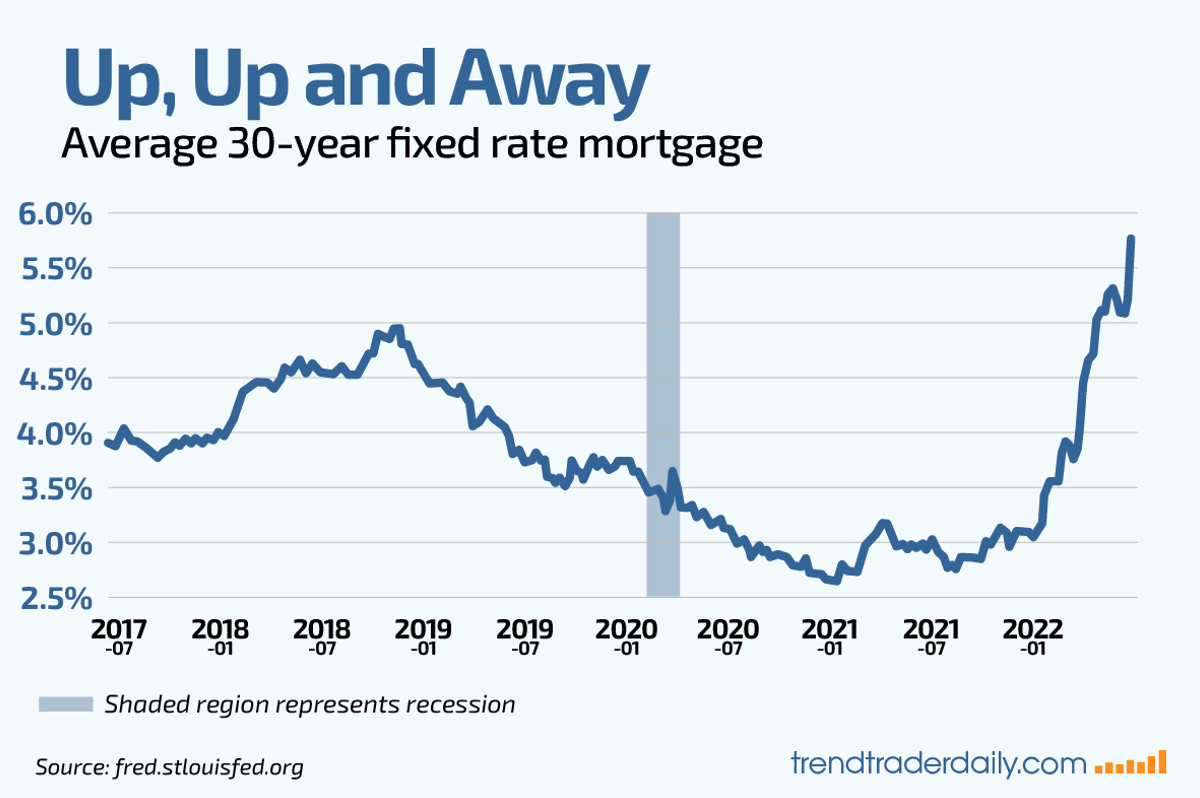 All That It’s Cracked Up to Be

I know the current administration wants to vilify all energy companies right now. But that’s an oversimplification of the situation.

But don’t worry. I’m not going to wade into that political quagmire. Rather, I’m going to stick to the economics of the situation, as well as the investment opportunities.

No matter how you slice and dice it, now is the best time in a decade to be a refiner.

In short, refiners make money on the spread between crude oil prices and products derived from crude oil processing. Namely, gasoline and diesel.

As you can see, this “crack spread” has never been higher in the last decade, meaning refiners’ profit margins are equally in record territory. 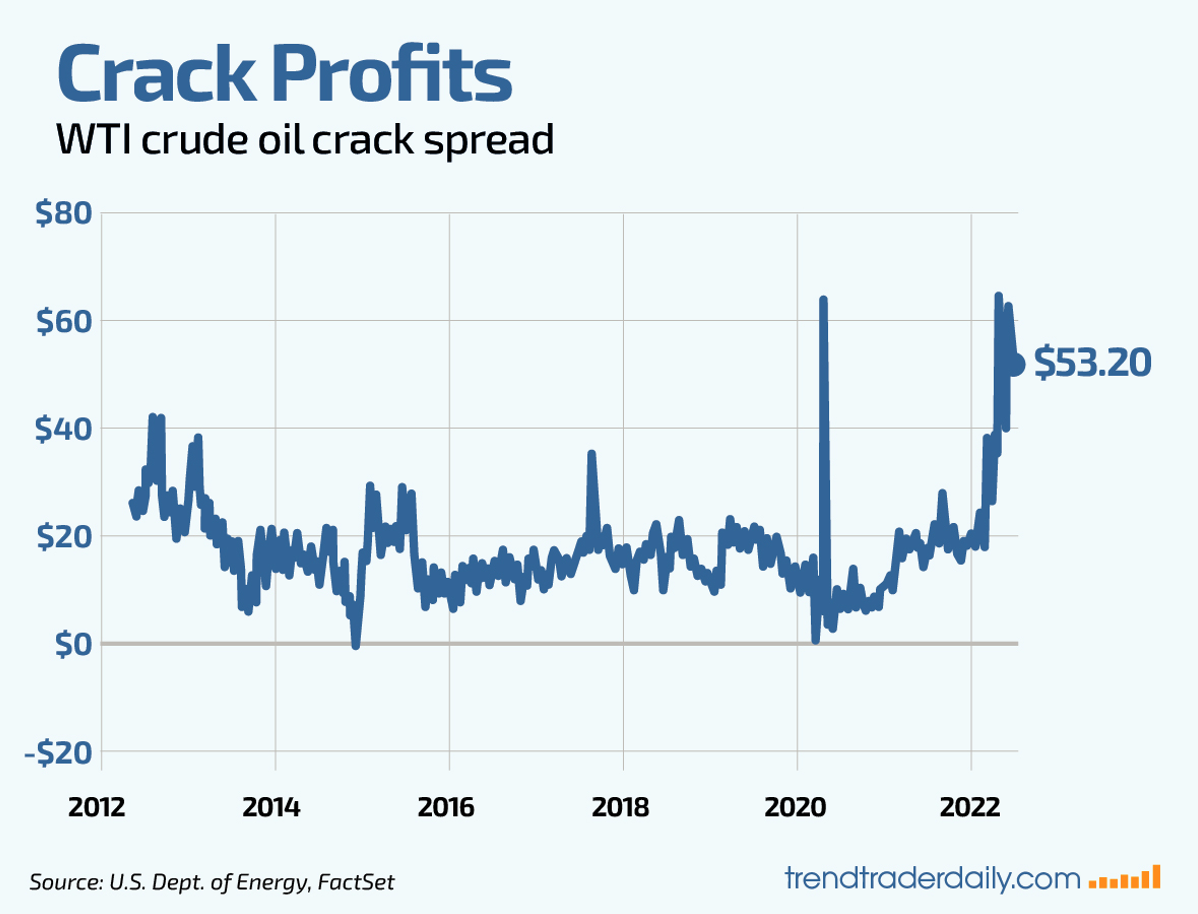 If stock prices ultimately follow earnings, which I’ve proven they do too many times to count, then now is the ideal time to own refiners. (Hint, hint.)

Sounds like a hassle to figure out, but the annual Russell Index rebalancing makes it easy.

As you can see below, the change in weightings for the Russell 1000 Value Index in particular, shows which sectors got too expensive and too cheap. 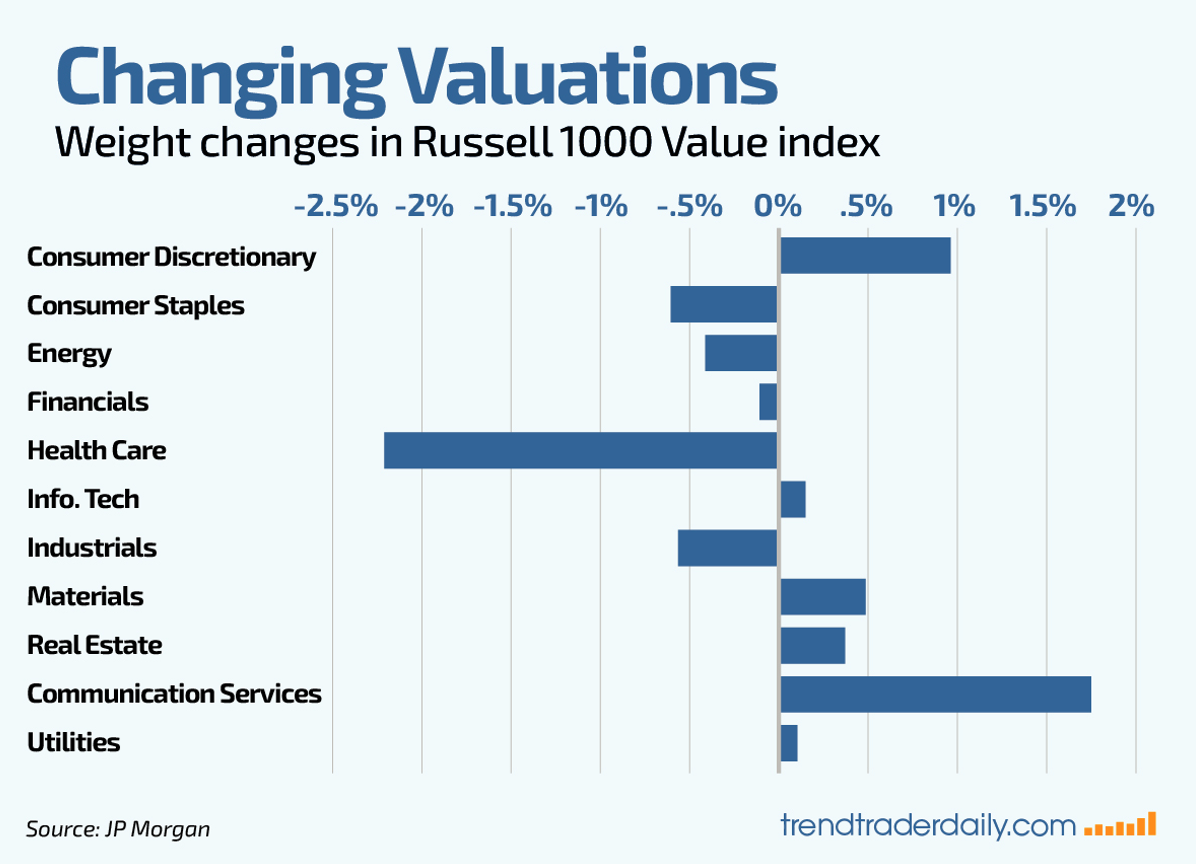 With a recession imminent, there’s likely more selling to come in the Consumer Discretionary sector, so I’d still avoid it. But now represents a compelling time to put new money to work in a Communications Services ETF or undervalued company or two.

With that in mind, I’ll be in touch next week with a few such opportunities. So stay tuned!