Show Me the Money!

No doubt, the convenience of cutting out the middleman for things like eyeglasses, mattresses, razors, and shoes has led to impressive sales growth.

The only problem? There’s no sign of profits here.

As you can see in the chart below, two upcoming IPOs for major companies riding the D2C trend — Allbirds (Proposed Ticker: BIRD) and Warby Parker (Proposed Ticker: WRBY) — show a history of surging sales, and unfortunately for investors, increasing losses. 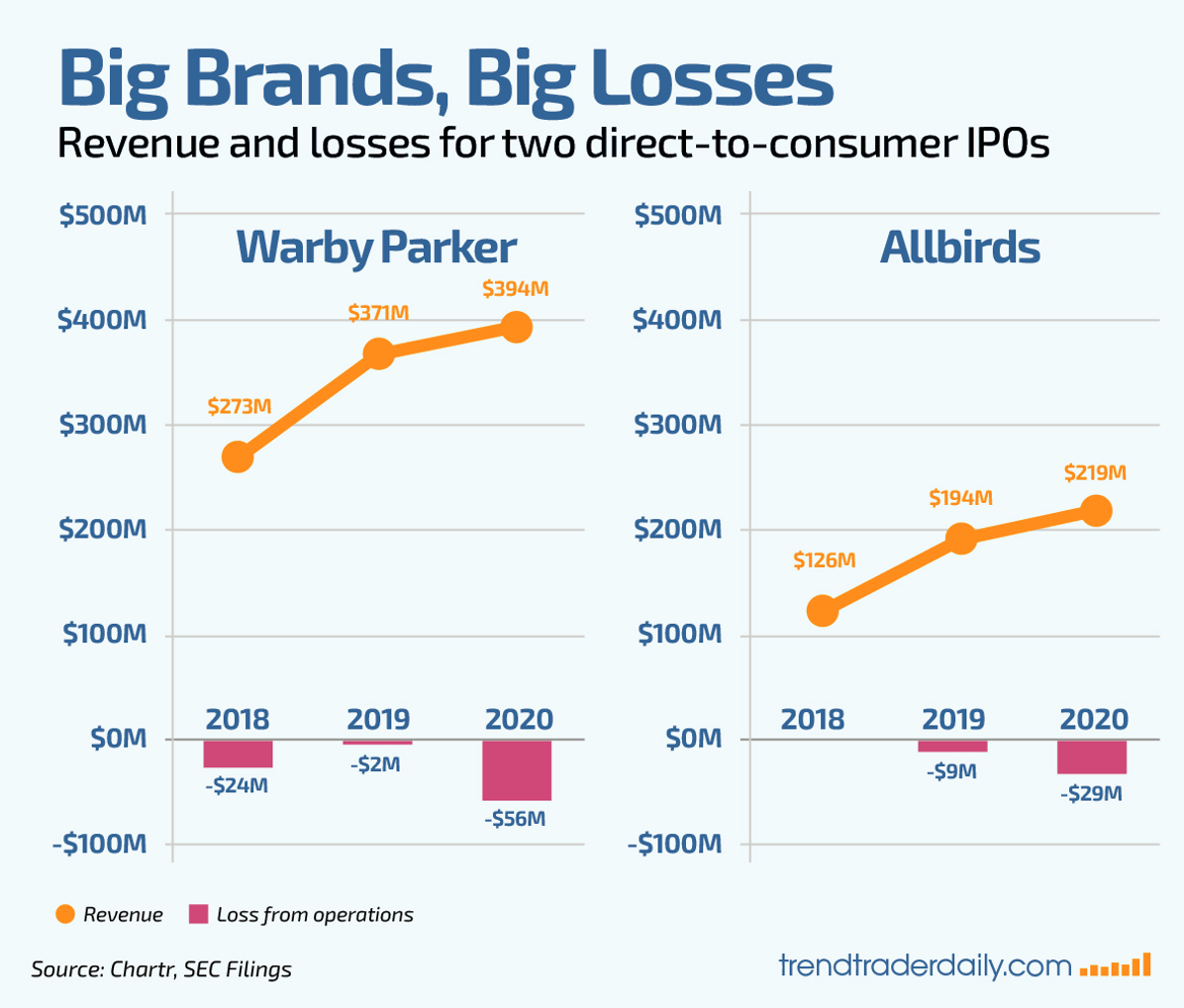 I guess cutting out the middleman to cut prices to spur demand isn’t such a revolutionary business idea after all.

Until these companies actually figure out how to turn a profit, I wouldn’t even remotely consider them for investment.

But in the meantime, buy all the fashionable glasses and shoes you want from them!

I was once famously laughed off of CNBC for predicting that Apple Inc. (AAPL) would become a major player in the mobile payment space — before Apple even had a mobile payment offering!

Nothing like some public humiliation to humble you, right? That is, until you’re vindicated...

You see, Apple Pay officially launched about nine months after my prediction.

Even better? I continue to be vindicated to this day...

As you can see from the latest data below, Apple Pay’s U.S user base should soon top 44 million, which accounts for nearly half of the market. 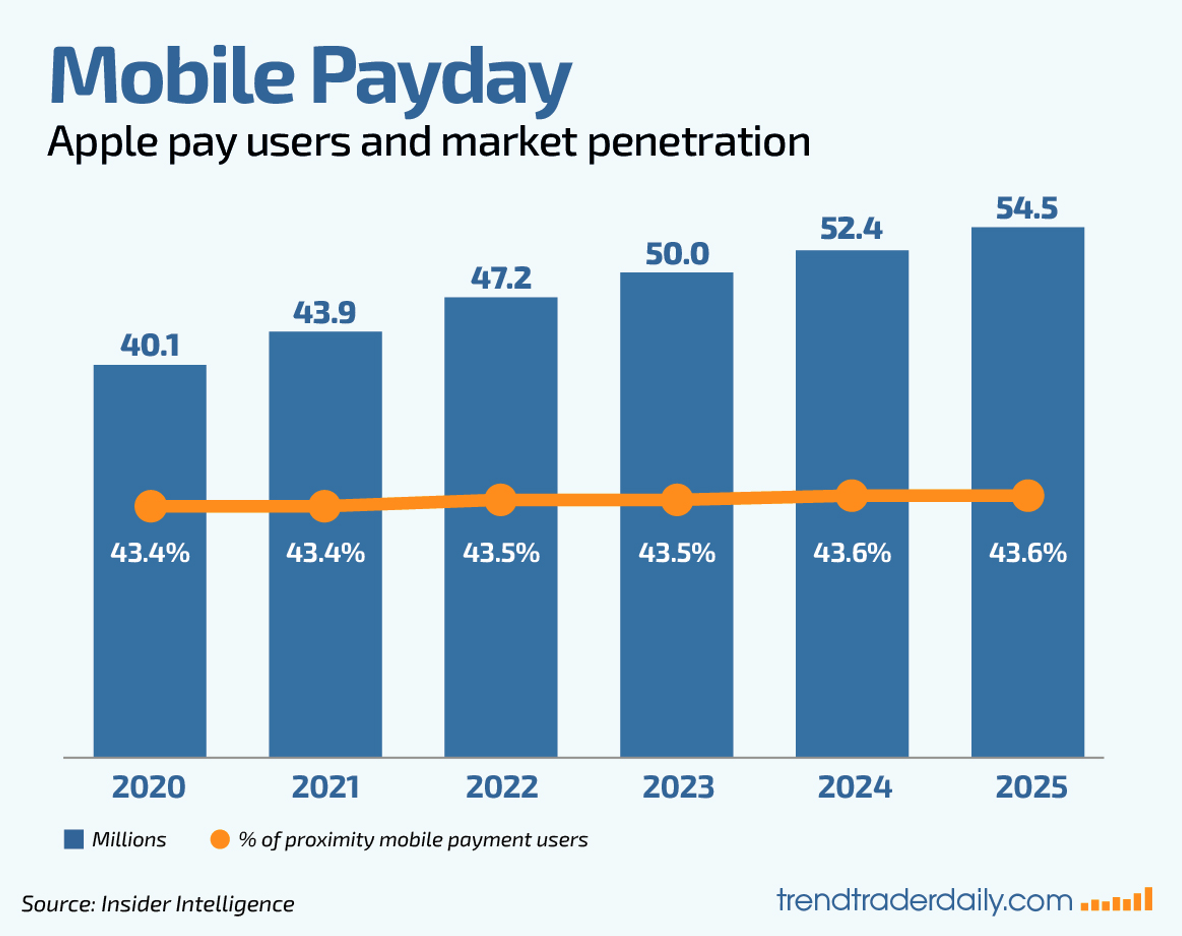 After all, the more convenient you make a tech to use, the more people will use it.

Along with all things connected to the mobile-payment boom I’ve been talking about for years.

Wondering why the major market indexes slumped out of the gates today? Blame it on jobs. Or more specifically, the lack of (enough) jobs.

As I’ve shared before, stocks love jobs. The more people working, the higher that stock prices tend to go.

After a gain of over 1 million in July, economists predicted a gain of another 733,000 jobs in August.

But the actual number came in at a paltry 235,000 — proving once again that weather forecasters and economists are pretty much useless. 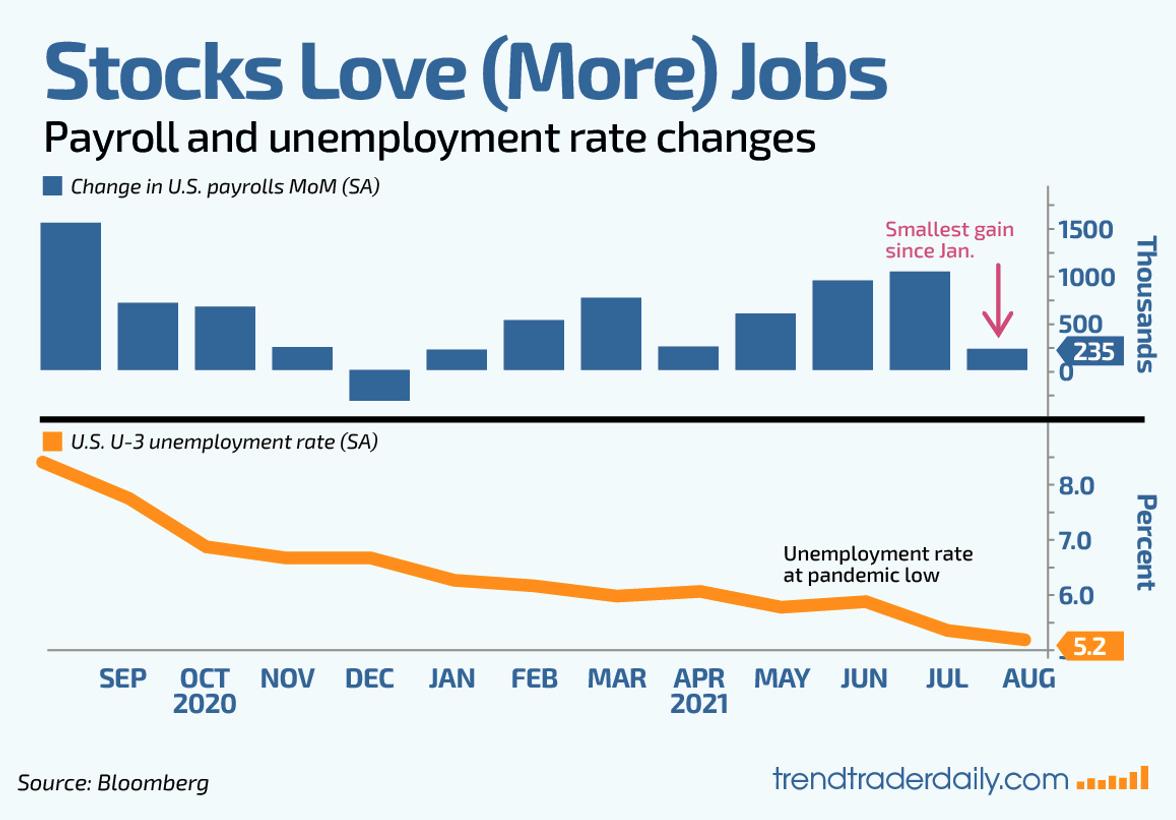 My take? A single miss isn’t enough to panic about. Especially when the unemployment rate dipped to its lowest level since the pandemic.

If this trend continues, it’ll force the Fed to postpone its “taper” — which means more funny-money sloshing around the markets to prop up prices for longer.

Translation: This bull market still has plenty of room to run. More jobs or not. Bet on it!