Before Bitcoin went mainstream, a key argument for owning it was that it was uncorrelated to any other asset.

While that may have been true for a while, it’s not anymore.

Instead, it’s behaving just like stocks during the current market sell-off. Take a look:

What gives? It’s simple, really. A massive increase in popularity — and I mean massive — eroded any diversification benefits.

With professional investors trading $1.14 trillion worth of bitcoin on Coinbase in 2021, up 850% from just $120 billion the year before, the cryptocurrency is no longer immune to periods when investors take risk off the table and sell speculative assets.

So take note if you’re holding onto any cryptocurrencies in hopes they’ll provide some sort of safety in the current market. They won’t!

It’s a Small (Cap) World After All

I’ve espoused the benefits of investing in small caps too many times here to count.

From the greater inefficiency of the small-cap market, to their higher average annual returns, to being able to invest ahead of Wall Street institutions — the fundamental case for owning small caps is well documented and deserved.

But it’s time to add one more to the list: small caps should prove to be situationally superior, given the conflict going on between Russia and Ukraine.

I say that because small caps’ businesses are typically 100% domestic. As such, their sales and profits tend to be insulated from global economic contractions.

That’s great news, given the chart below, showing the impact of the conflict on GDP growth. 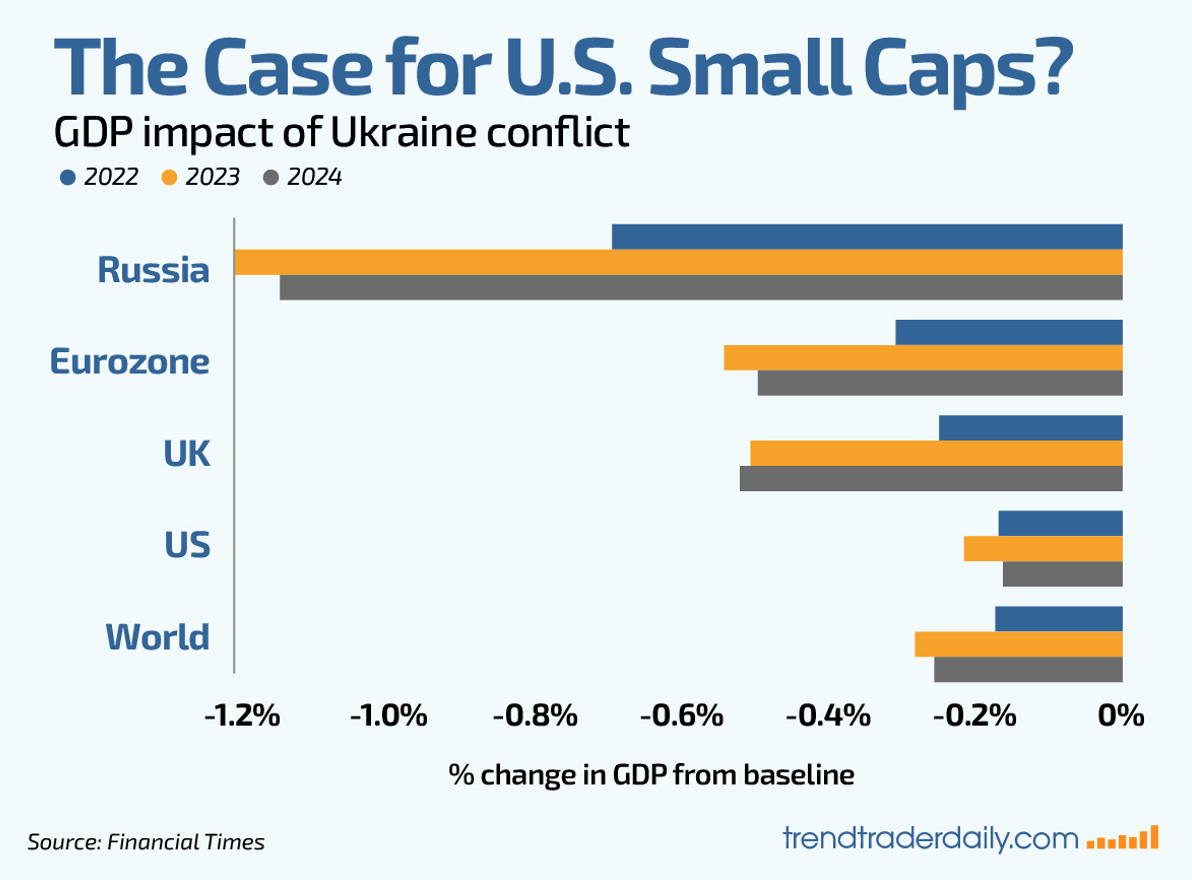 From Cheap to Soaring

Back in September, I alerted you to the cheapness of commodities in relation to the S&P 500 Index.

The situation was so extreme, I told you it represented a rare “no brainer” buying opportunity. And I hope you listened.

With oil prices blowing through the $100 per barrel mark and briefly touching $140 this week, all other commodities are soaring, too.

In short, we’ve entered another massive boom period, as you can see below: 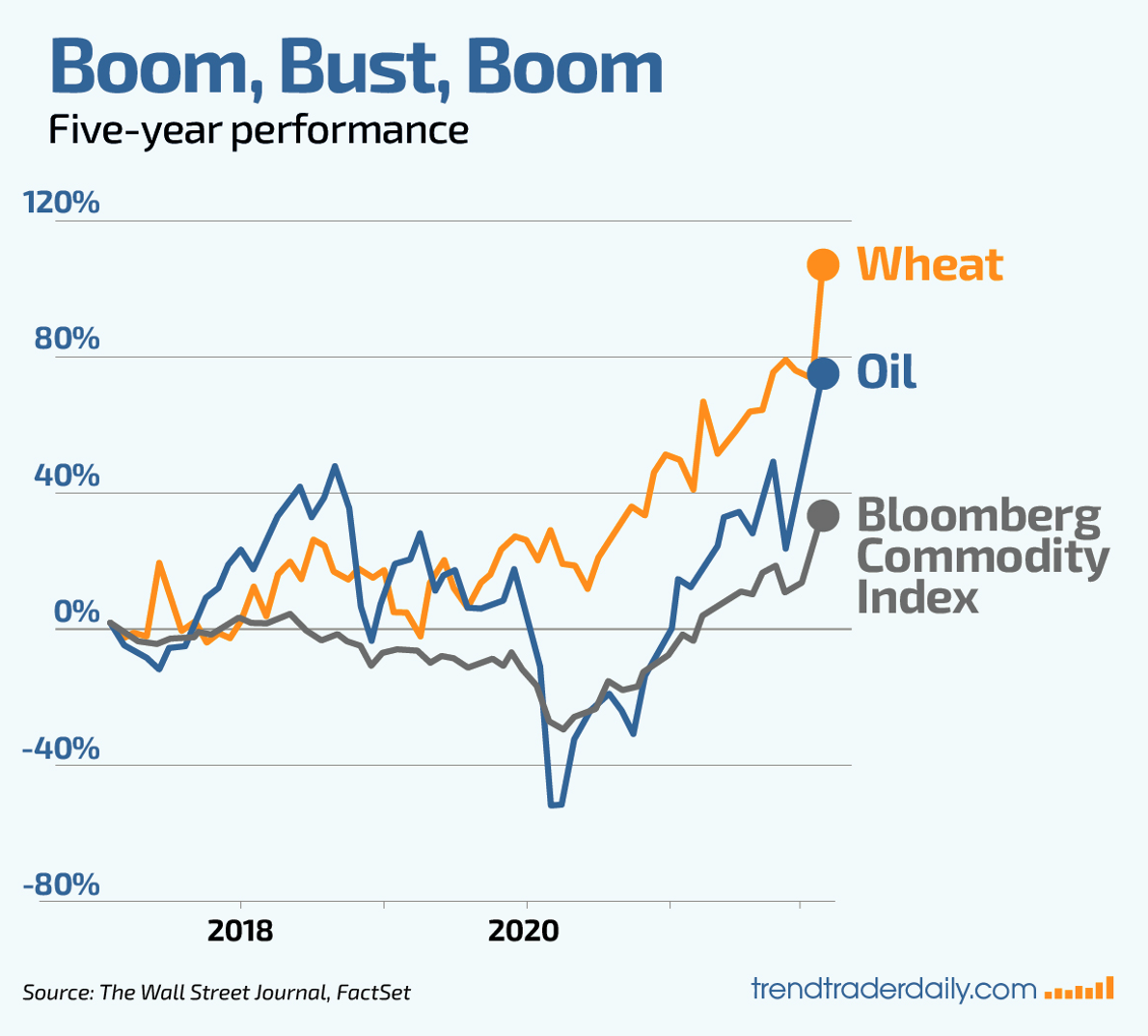 These booms typically last for years, so it’s not too late to get positioned to profit.

The good news is that I have two options for you in our Trend Trader Pro “Trade of the Week.” While they’re already up about 20% and 40% since I first mentioned them, there’s still room to run.

So don’t miss out again.