[Charts] Doom Boom and The Most Important Earnings Trend

All it takes is a quick glance — and you’ll be up to speed and poised to understand and profit from the market’s most important trends.

In yesterday’s column bashing Netflix, Inc. (NFLX), I suggested that the fact that shares rallied on “less bad” results points to the markets finally putting in a bottom. (Hallelujah!)

You see, such bounces on weak results indicates bearishness and that selling got too extreme, which I’ve been suggesting is the case for weeks now.

And here’s even more proof of the same… 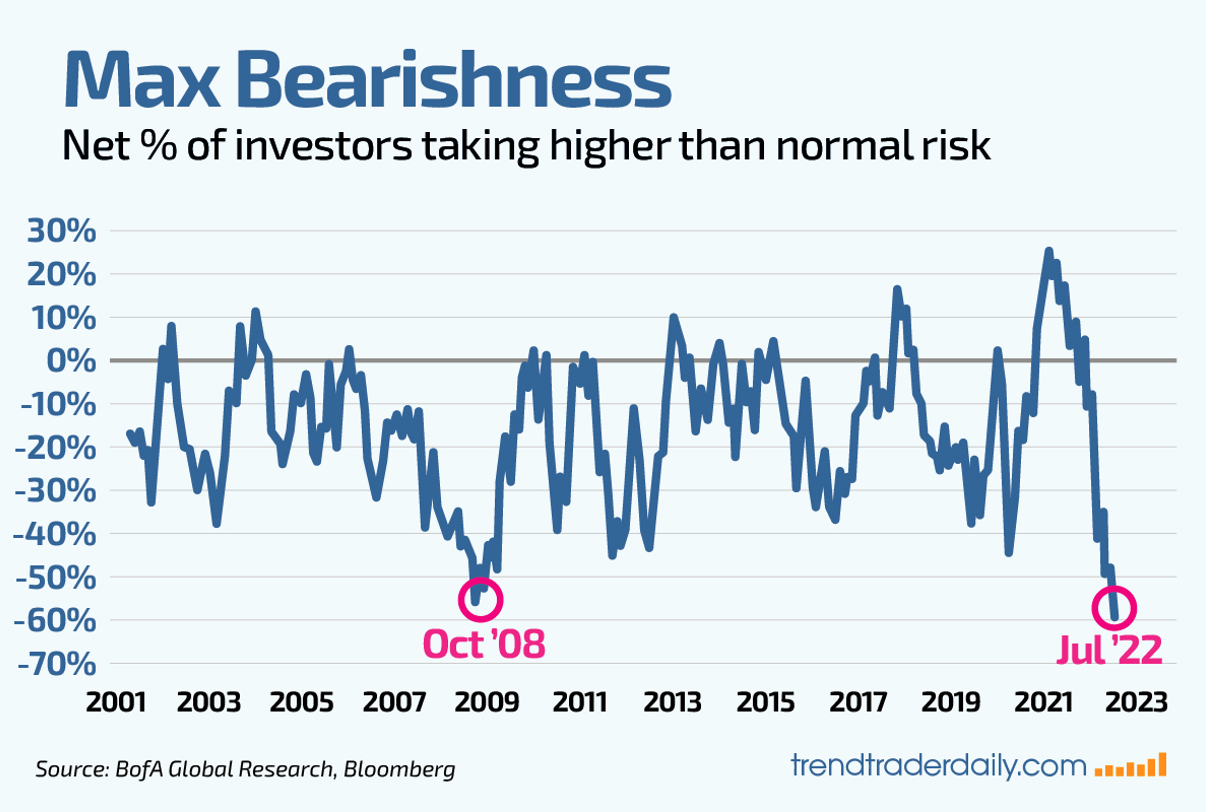 Such extreme bearishness immediately precedes market bottoms and major rallies. Based on history, of course. And as the adage goes, don’t expect things to be different this time.

Don’t be mistaken. I’m not suggesting we should be unabashed bulls, buying up every beaten down stock and sector. Heck, no!

There are still plenty of doomed stocks and sectors. Speaking of which…

Add this to the proof pile that the digital streaming market is overrun.

Whereas Netflix used to be the only game in town, which allowed it to gain critical and admirable market share, such early success paved the way for new competitors to scale much quicker.

As you can see, Disney+ and HBO Max soared to meaningful subscriber levels in about half the time it took Netflix. 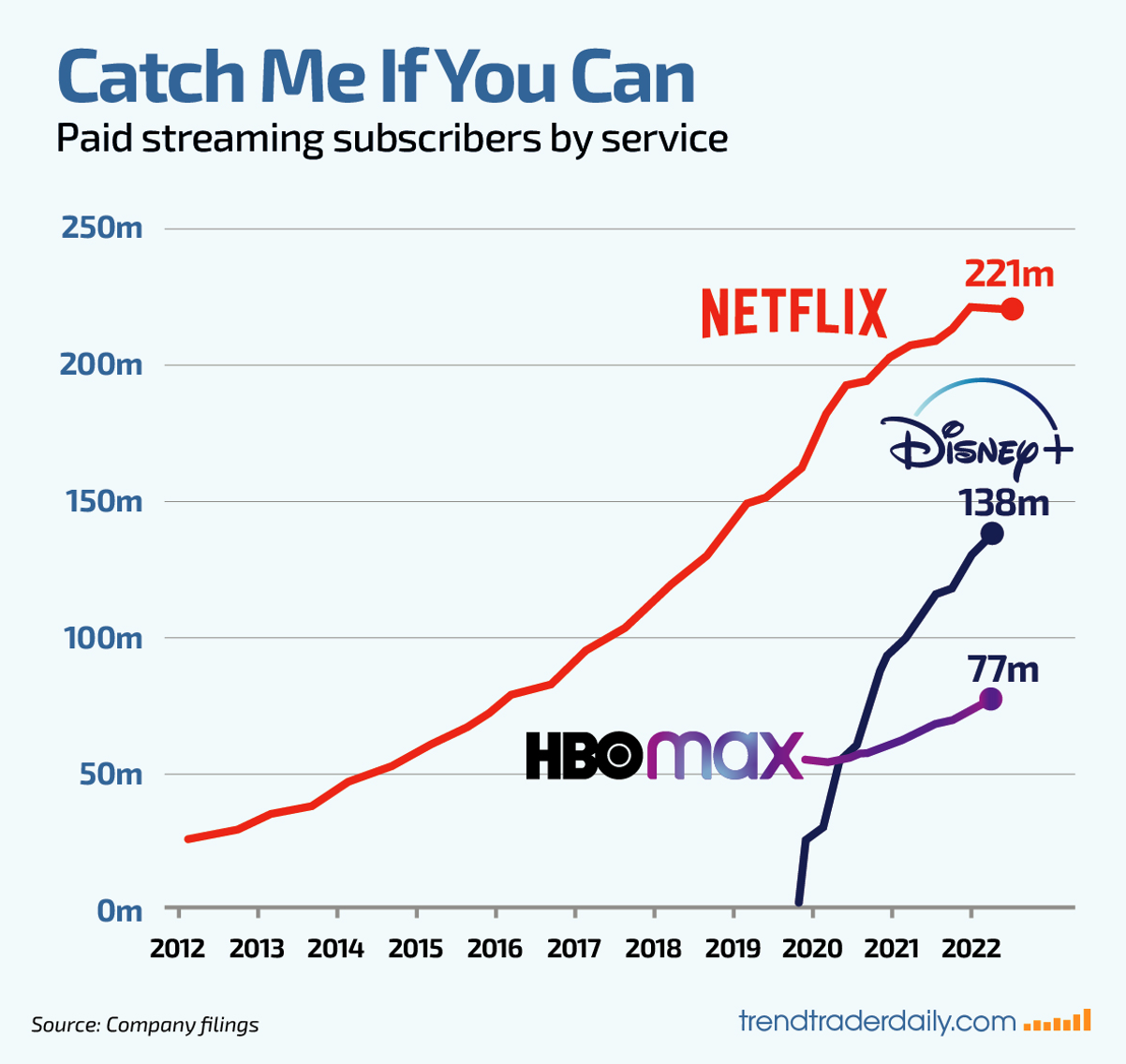 Earnings Above All Else

Been here for a while? No doubt you’re sick of me telling you that earnings ultimately drive stock prices. But it’s true, and it keeps proving itself out.

Take a look at Snap Inc. (SNAP) today, for example. Shares are dropping more than 30%, as I write, on a weak earnings report.

Why bring this up? Because we’re in the thick of earnings season with the major mega-cap tech names reporting next week.

As far as expectations, analysts are the most bullish about the earnings potential of energy companies, as you can see below.

In contrast, they’re the least bullish on financial companies. 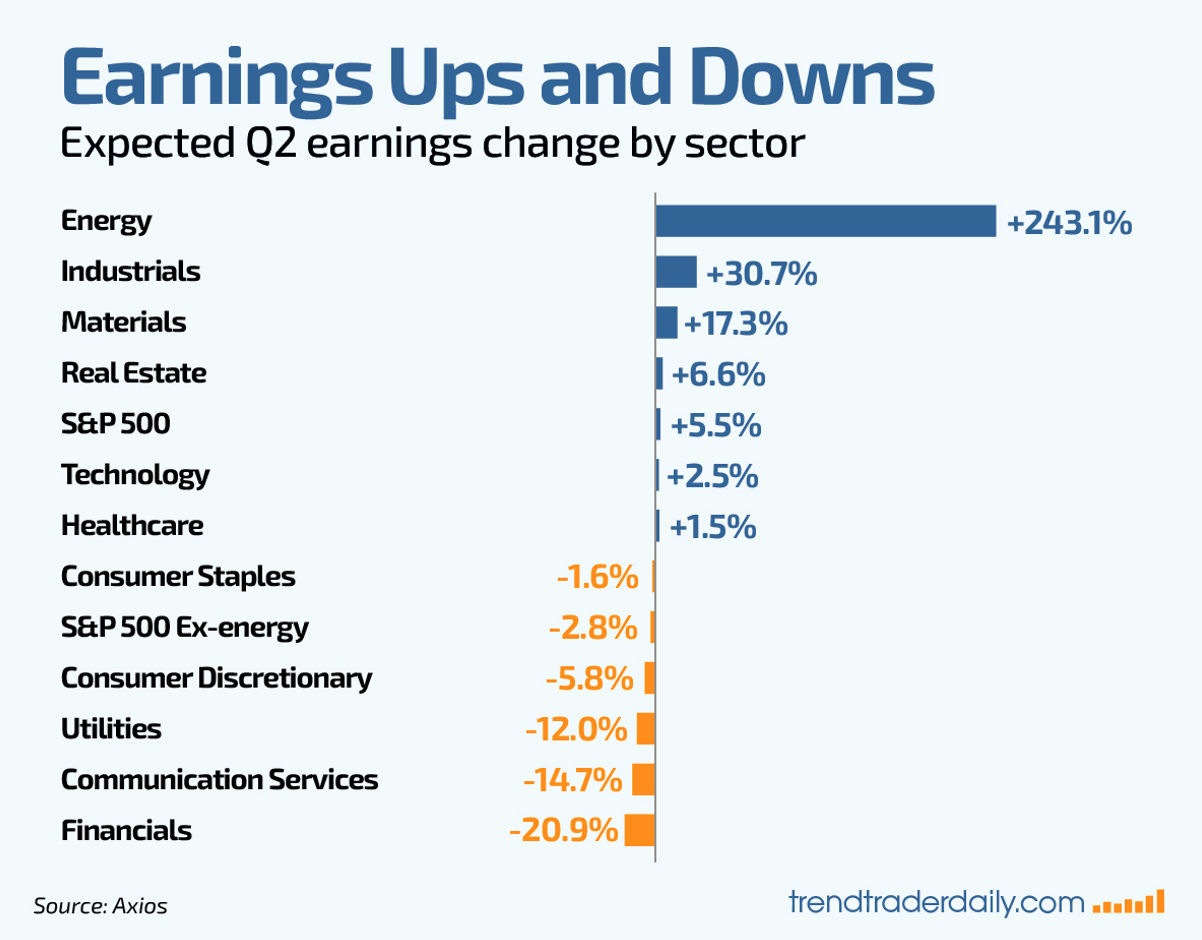 Any financial companies that handily beat expectations should rally sharply.

By the same token, any energy companies that miss expectations promise to get hit hard, as energy represents one of the standout gainers in the recent market.

Translation: Mind your stops in energy stocks and be on the lookout for breakouts in financial stocks.

As I’ve shared before, earnings beats and rallies tend to persist, thanks to a well-documented phenomenon called “Post Earnings Announcement Drift'' or PEAD.

It wouldn’t hurt to read up on it here over the weekend so you can be on the ready when the markets open next week.