This week, I’m dishing on the implications of the No. 1 excuse this earnings season… and the makings of the perfect biotech trade.

Blame it all on the supply chain bottlenecks!

Forget inflation — the No. 1 phrase being uttered by executives at S&P 500 companies on investor calls nowadays is “supply chain.” 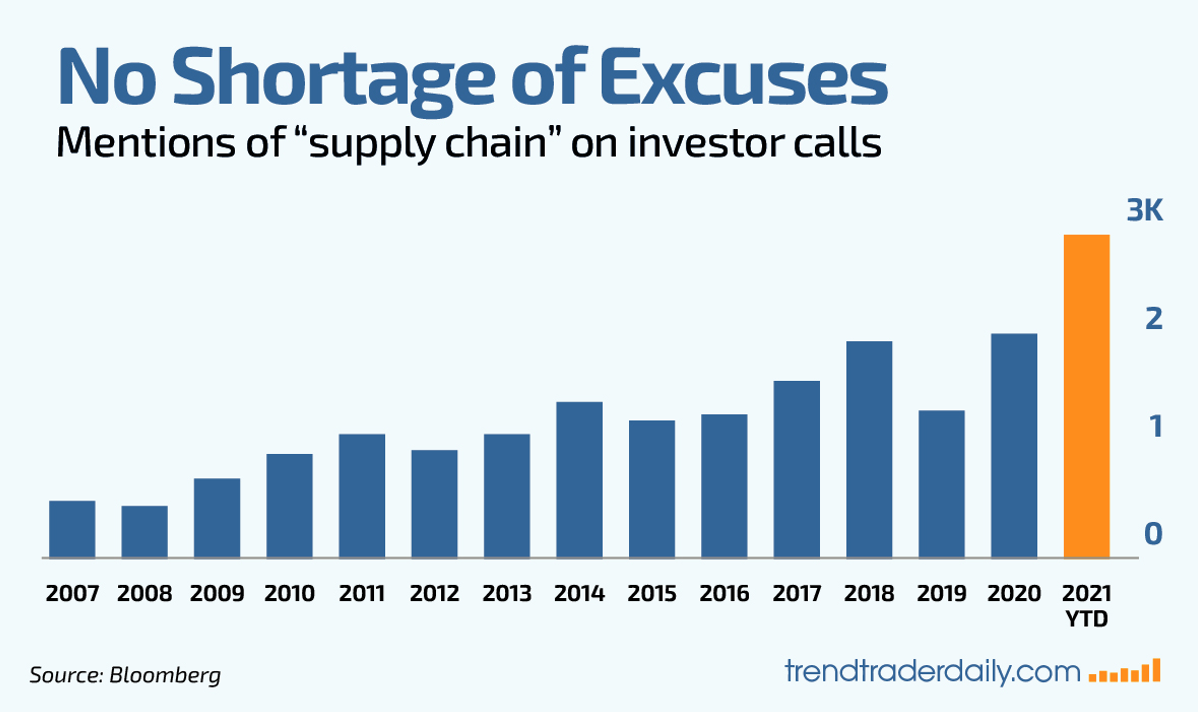 While Bloomberg and analysts contend “there’s good reason,” I see it as a contrarian opportunity.

Sure, global shortages of, well, everything are complicating business. But the issues are also a convenient and plausible excuse for companies with subpar results.

Instead of trying to sort through the truth tellers and liars, I recommend focusing on the data.

In other words, during this quarterly earnings season, look for the winners, not the whiners.

As I write, the iShares Biotechnology ETF (IBB) is up another half percent, after surging almost 2% yesterday.

In case you forgot, the biotech sector has been a wee bit volatile since February. But a divergence is clearly manifesting and that’s setting up a profit opportunity for us.

Whereas larger-cap biotech and pharmaceutical companies are finally finding footing, up about 5% on the year now, the same can’t be said about their smaller brethren.

Look no further than the performance of the SPDR S&P Biotech ETF (XBI), which is weighted more towards smaller biotech companies. Instead of being up for the year, it’s still down by double-digits. 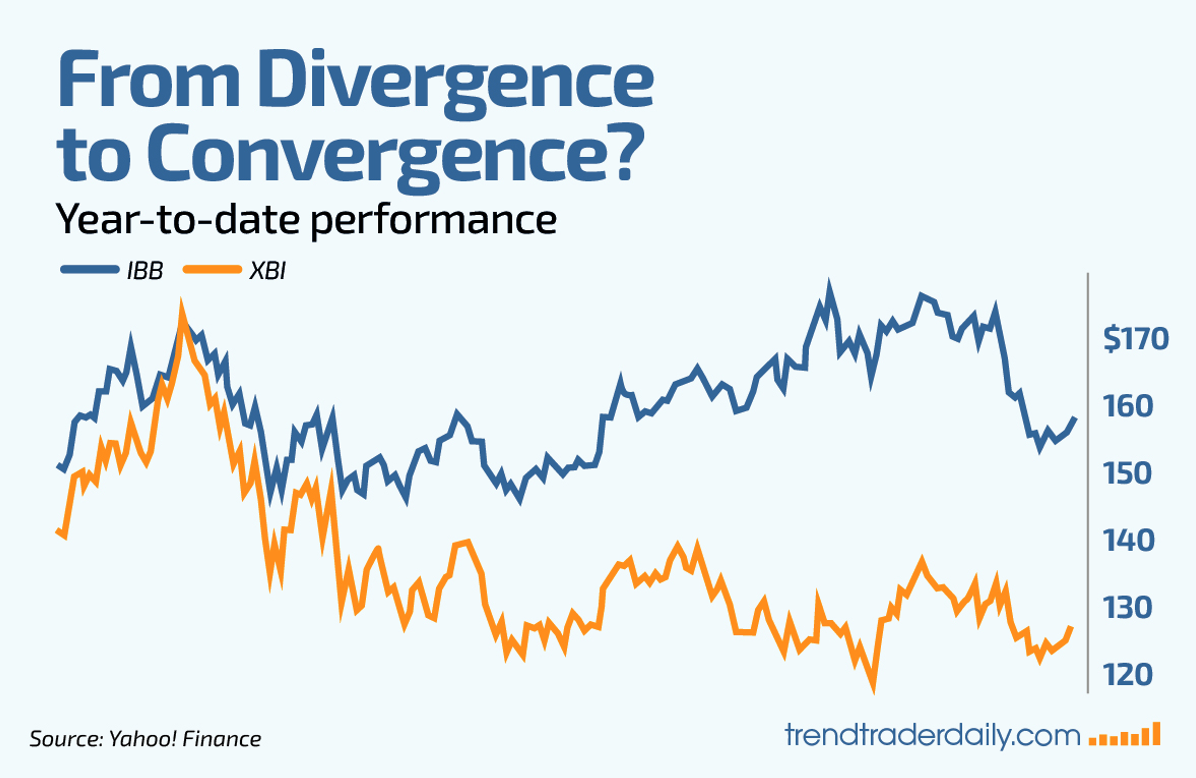 But mark my words: prices for smaller biotechs won’t stay depressed for long. Not with such robust takeover interest and key industry conferences on the docket for the next three months, which will provide fresh data on the most promising drug candidates.

With that in mind, here’s the smartest way to profit as this divergence turns into a convergence of profitable performance.