[Charts] The Worst (and Best) Stocks to Buy Right Now

It doesn’t matter who you talk to right now, everyone is bemoaning the sell-off in every imaginable asset from stocks to junk bonds to crypto.

But that’s not because this bear market is magnitudes more severe than previous ones. Rather, it’s because the collective ownership of equity assets is magnitudes higher.

As you can see in the chart below, the latest Federal Reserve data shows total ownership of stocks by households and nonprofits as a percentage of total assets has never been higher. 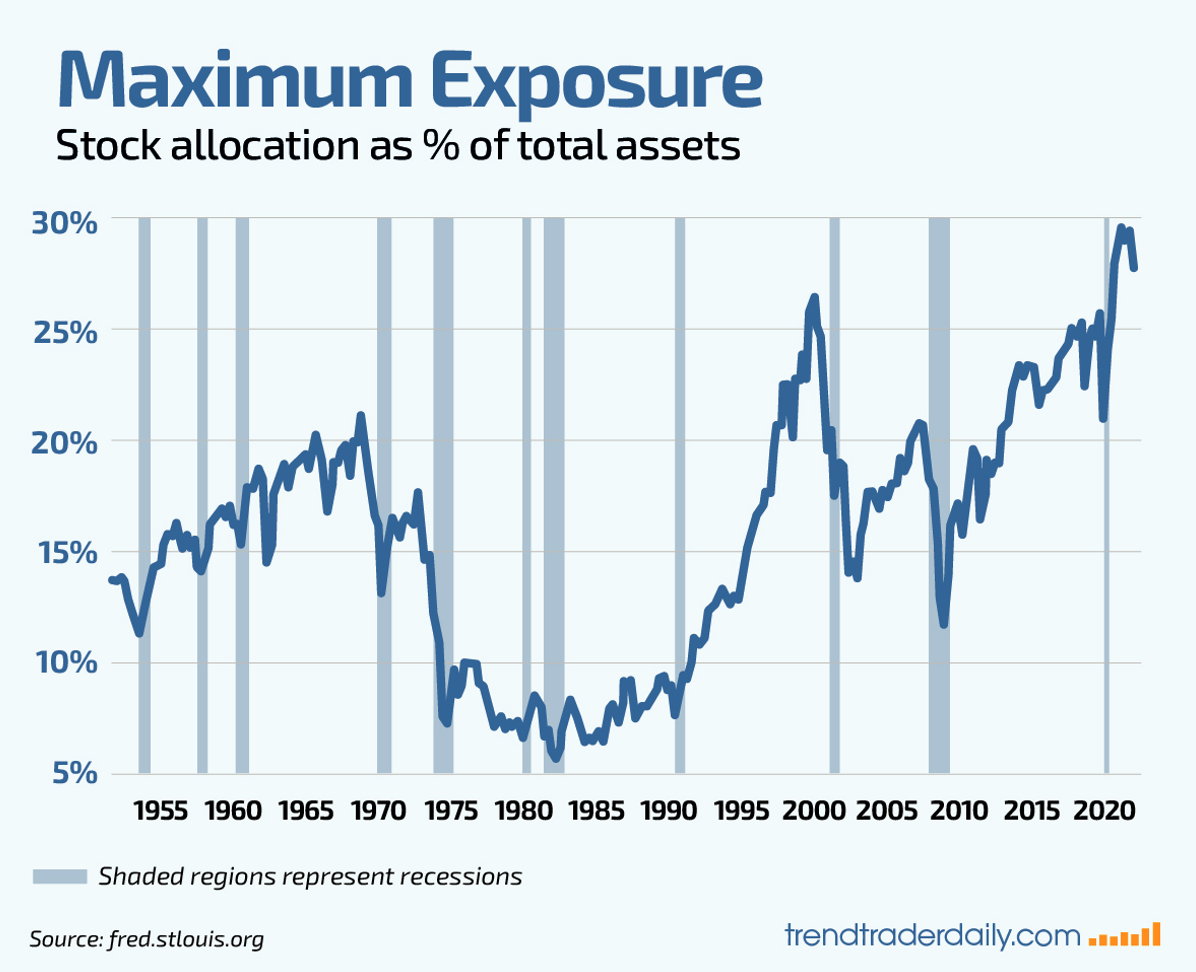 Newsflash: The more people and organizations that own stocks, the more it hurts, collectively.

In other words, none of us are alone in suffering through this downturn. Hardly! Misery has too much company right now.

But as I shared earlier in the week, after the pain comes the big gains. So the last thing we should do at this point in a downturn is to get super defensive.

Especially in this case…

We should be buying low (i.e., cheap assets) in order to make the most money once this bear market passes.

Now, emotionally that’s hard to do. For some, it probably feels damn near impossible. But history demonstrates that it’s always the right call.

Every one of these represented tremendous buying and wealth-building opportunities.

Put another way, when stocks go on freakish sales, we shouldn’t freak out. We should celebrate and scoop up the bargains while they last.

What should we buy, specifically?

Well, I’ve already written about the super-cheap valuations in the biotech sector. Literally hundreds of biotech companies are now trading for less than cash. That’s completely irrational and unsustainable.

And sure enough, pharmaceutical companies are coming off the sidelines to scoop up these cheap small- and micro-cap biotechs with increasing frequency. Make no mistake, this trend will continue.

Another market segment that’s historically undervalued and destined to soar is small-caps. Here’s the latest proof…

On a forward price-to-earnings ratio, small caps have never been cheaper. 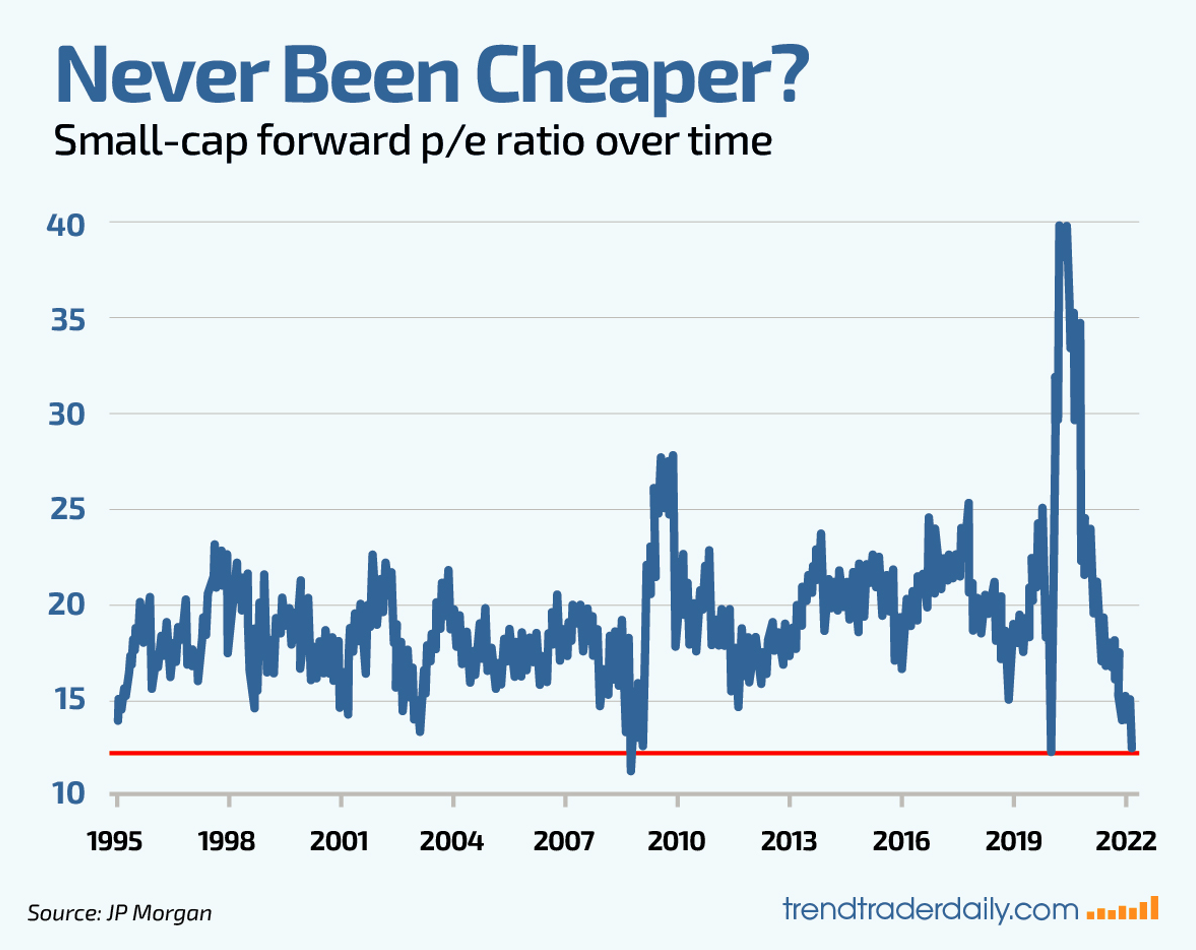 I’ll concede they could get cheaper still. But if we look at the relative value of small-caps to large-caps, the former can’t get that much cheaper.

As you can see in the chart below, small-cap valuations based on historical earnings are approaching their cheapest level in relation to large-caps… ever!

Given that small-caps were the first to enter a bear market — and given their rock-bottom valuations — they’re going to be the first to blast off coming out of the market bottom.

At the very least, that means the last thing we should do right now is sell the compelling small- and micro-cap companies we already own.

And at the very best, if we have the intestinal fortitude and capital, we should be like a kid in a candy store with a $100 bill, loading up on small-caps while we can.

The impending “sugar”-high promises to be epic.