This week, I’m picking up where we left off yesterday, dishing the data on the two biggest fears gripping the markets: inflation and recession.

Don’t worry, I promise the content won’t lead to your personal depression.

To the contrary, as you’ll soon learn, the data gives us reason to be cautiously optimistic.

As I shared yesterday, inflation hasn’t peaked yet, as evidenced by today’s 1% month-over-month increase in the Consumer Price Index.

But trust me, it’s imminent.

Look no further than the situation at major retailers Target Corporation (TGT) and Walmart Inc. (WMT) for proof.

They witnessed a build up in inventory pre-pandemic… a major collapse at the start of 2020… followed most recently by a massive 30%+ spike. 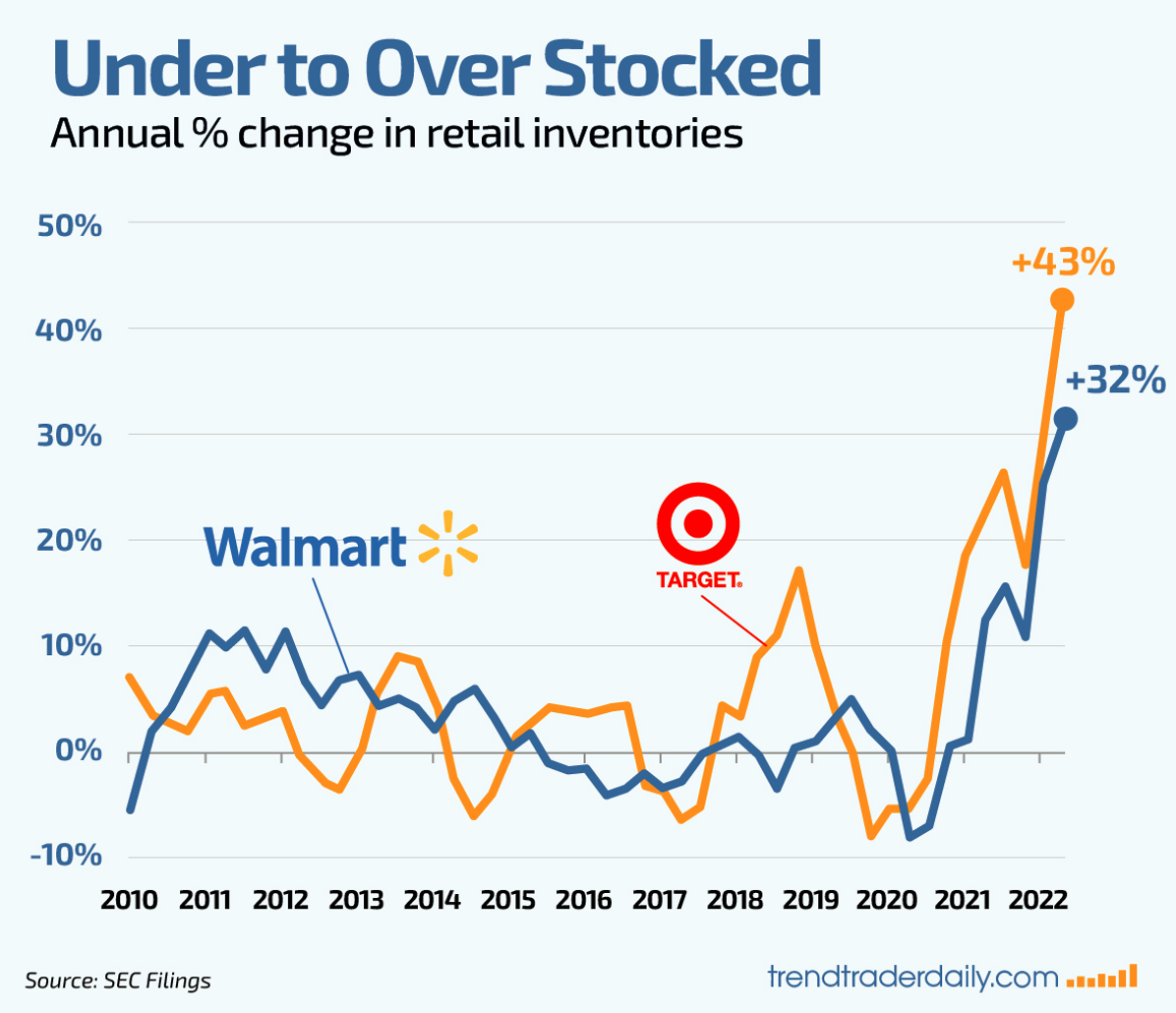 The only way to cure this current glut is to slash prices to hopefully spur on consumer demand. And I’m sorry, but falling prices do not lead to more inflation.

And it’s occurring at the same time that three major inputs to global inflation (chip prices, the spot rate for shipping containers, and fertilizer costs) are cooling off significantly, too, per Bloomberg.

So the good news is that inflation will certainly ease in the months and quarters ahead. But the key question remains: will it be soon enough to ward off a recession?

Probably not, but don’t fret. Here’s why…

While the talking heads, including Treasury Secretary Janet Yellen, still argue whether a recession is going to occur, I’m firmly in the camp that it’s already happening and/or it’s an absolute certainty that it will happen.

The good news is? If I’m right, it means we’re at or damn near close to the bottom for stocks.

I say that because history defies conventional wisdom. As you can see, stocks sell off the most before a recession hits, not during or after a recession. 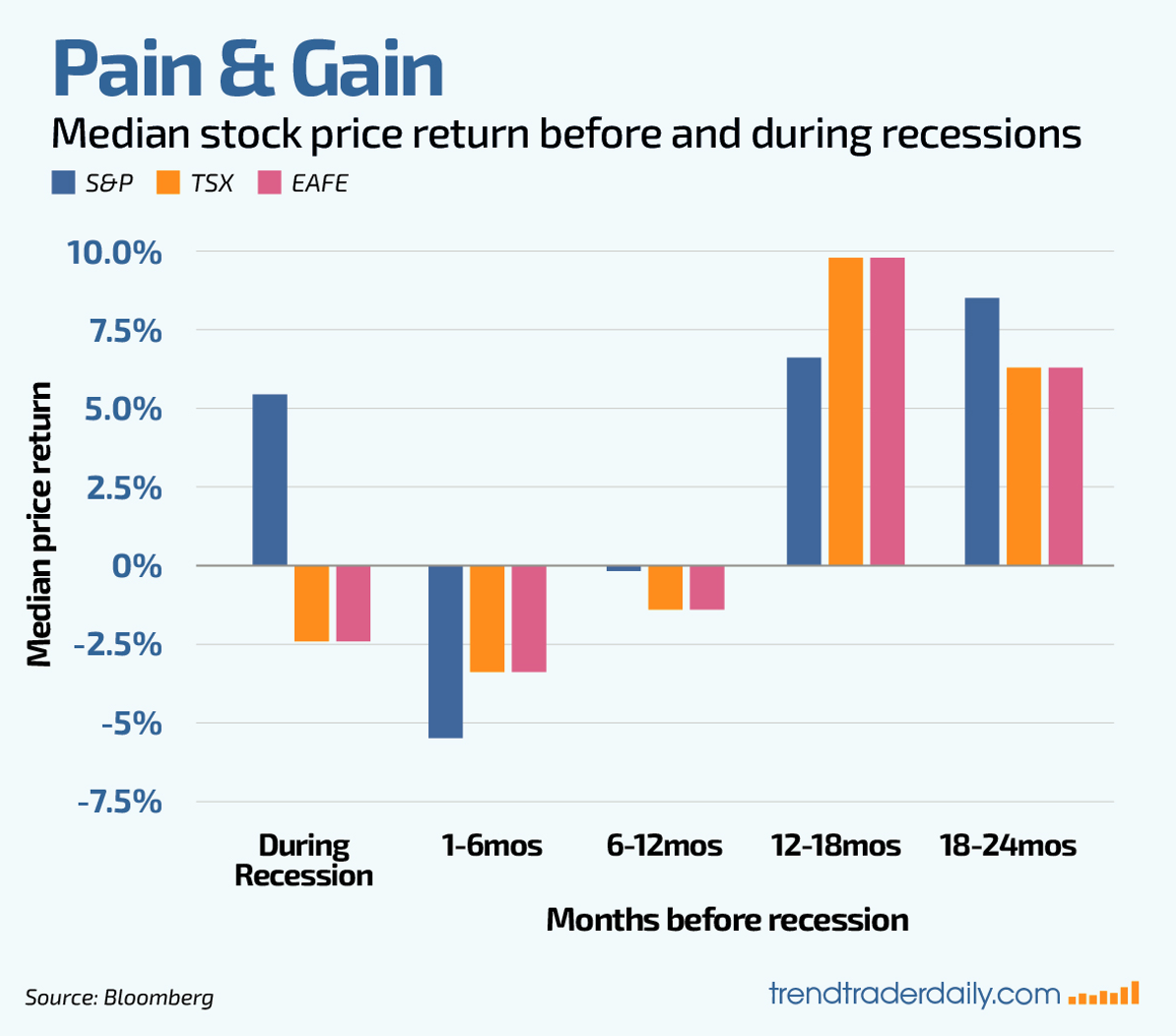 As the chart below further shows, gains during recessions aren’t uncommon.

In fact, the S&P 500 Index gained an average of 3.68% during all recessions, and produced positive returns in seven out of 13 recessions, or 54% of the time.

What’s more, when recession rallies occur, they can be substantial, with stocks rising by double-digits 71% of the time (five out of seven times). 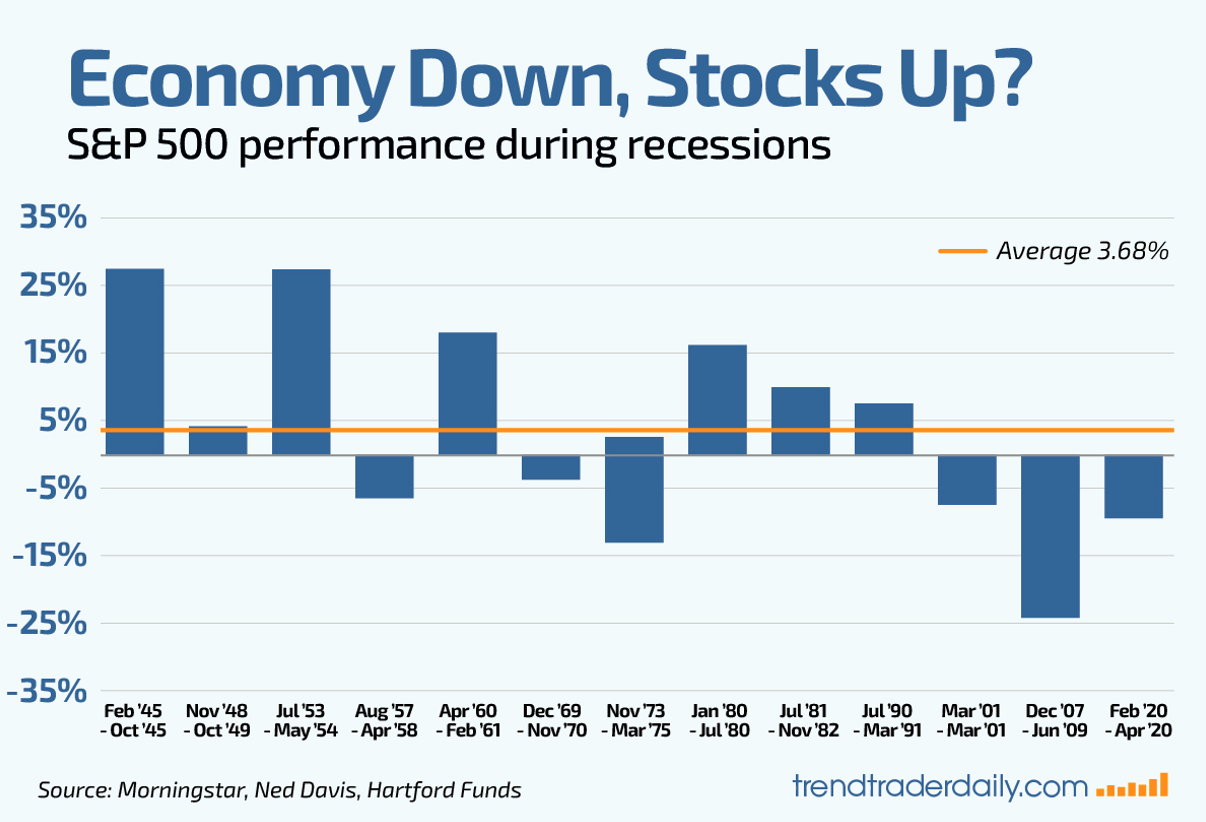 Like I said, don’t give into all the fearmongering over inflation and recessions. Otherwise, you’ll likely be too scared to take advantage of the opportunities.

Speaking of which — next week, I plan to share at least one inflation-proof investment poised to rally no matter what comes next. So stay tuned!