[Charts] Why Yoga Pants Can Teach Us About Investing

For the newbies in our midst, here’s what that means:

In this week’s edition, we’re diving into why I always focus on growth investments over boring value investments.

There’s an age-old debate on Wall Street about whether value investing will ever be fashionable again.

By focusing exclusively on growth investments, I don’t have to worry about when an undervalued (and boring) company is going to catch investors’ attention.

Instead, I get to focus on exciting, up-and-coming companies with nothing but strong tailwinds that can get wildly overvalued in a hurry.

I’ll confess, though. Sometimes that growth comes in unexpected places. And I miss it.

I’d never have thought that billions of dollars in demand existed. But a simple look at the annual revenue growth for Lululemon Athletica Inc. (LULU) leaves no room for misinterpretation. 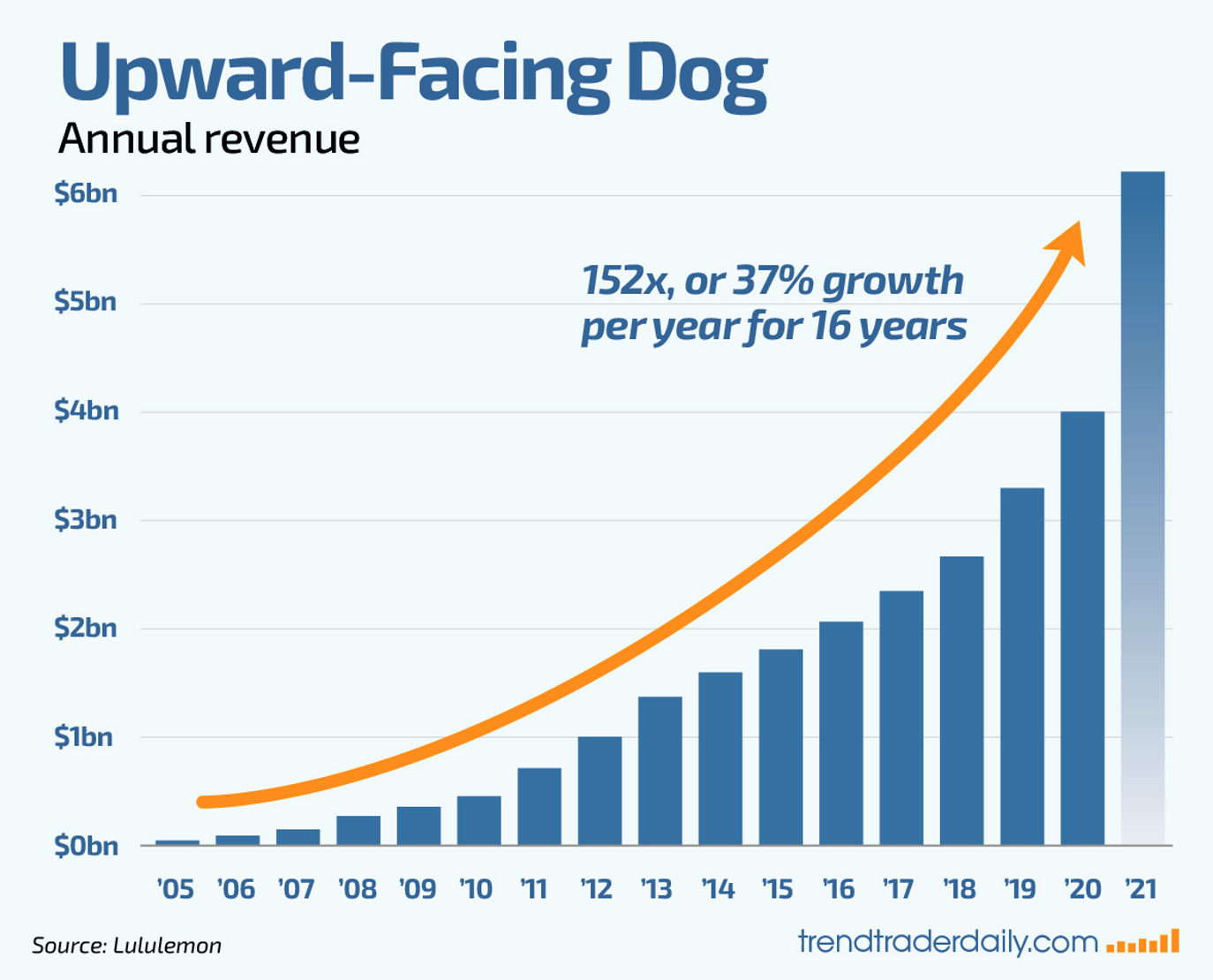 Of course, the company is now a full-blown apparel company, selling far more than yoga pants.

Even still, it appears that plenty more demand exists, as revenue soared more than 60% in the most recent quarter.

Shares are up a staggering 2,673% (and counting) since its IPO. No value investment will ever deliver the same. Just saying.

But this begs the question — what’s the next mega-growth trend?

I Can See Clearly Now

Earlier in the week, I officially declared Augmented Reality (AR) as the “Next Big Thing” in tech.

And wouldn’t you know it? One day later, Facebook (FB) unveiled a pair of $299 AR glasses that it developed with Ray-Ban.

The commercial availability of another pair of AR glasses is a clear indication that this growth trend is on the launch pad.

And it just so happens to be occurring at the same time consumer interest in augmented reality is heating up, too, based on Google Trends data.

As you can see in the chart below, previous peaks in interest occurred when no viable products existed. But this time is different.

With demand heating up, and more and more products being launched to meet it, watch out!

The growth and profits here promise to be off the charts...

In fact, the AR market is estimated to grow from essentially zero, to become a booming $198 billion industry within the next five years.