The "Next Big Thing" in Tech

The last 100 years of market history makes an open-and-shut case:

Conversely, history’s biggest losers are often companies on the wrong end of the very same trends.

Ask yourself, which of the two would you rather have in your portfolio?

The answer is easy:

The options in black are forever grounded — while the ones in red hold enough profit potential to blow the cap off a mountain.

From surgical robots to big-box retailers…

All the above (and many, many others) represent acts of creative destruction.

And they could have supercharged any portfolio.

Let’s say you invested $1,000 in a portfolio of stocks, spread evenly among 10 companies.

And in this theoretical example, let’s assume you take a modest 5% loss on nine out of the 10 stocks every year (for a 90% loss-rate. Ouch).

But one of your 10 stocks is in the midst of a creatively destructive act, thus earning triple-digit returns.

In this scenario, despite all your losers…

Simply by having one “creatively destructive” company in your portfolio.

If that doesn’t make this an open-and-shut case, what will?

Go ahead, see for yourself… 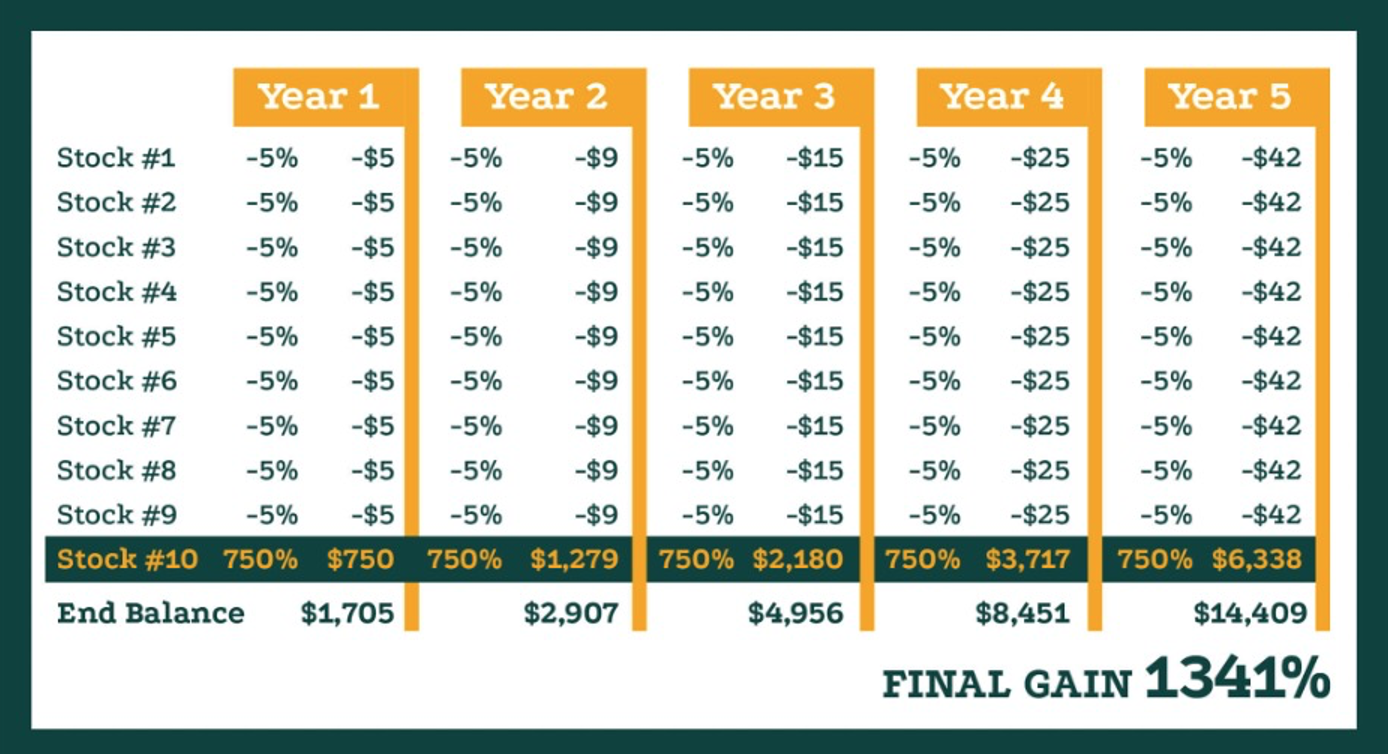 Why am I bringing this up today? It’s simple:

But I’m convinced that Apple Inc. (AAPL) is on the verge of doing exactly that.

Specifically, in what might be the greatest act of creative destruction in business history, I believe it’s planning to kill the iPhone.

In its place, I believe the world’s biggest company is preparing to launch the “Next Big Thing” in tech: a world-changing version of Augmented Reality (AR) glasses.

Doubt me? Don’t! Even Apple’s CEO has come out and publicly stated that AR is critical to the company’s future.

But here’s the rub: to propel its AR glasses into the mainstream, Apple first needs to acquire the necessary technology.

We’ve seen this movie before — and it had a happy ending.

And yes, Authentec was a prior recommendation of mine.

By anticipating Apple’s need for Authentec’s hardware, my readers were able to score a quick 200% gain.

I believe the same short-term profit potential exists by identifying companies making critical AR components that will be incorporated into Apple’s device. So don’t miss out!