The Riskiest Social Media Stock of All

Yesterday, I put all social media stocks on blast.

All these factors compound to create dim sales and profit growth prospects for the entire group.

And as we all know, it always comes down to sales and profit growth. Without them, stock prices don’t rise over the long-term. Period.

With that in mind, I’m convinced there’s one social media stock that’s headed to zero. Well, almost zero. And there’s a low-risk way you can profit from its collapse.

For one thing, President Trump being allowed back on Twitter would immediately make Truth obsolete.

He has over 88 million followers on Twitter and only about four million on Truth, proving it’s too costly and time consuming to start from scratch. And that most followers don’t actually follow personalities to new platforms.

At the core, this is the most significant fundamental flaw destined to sink the company.

As I’ve explained before, social media platforms are all about the network – specifically, its size and the engagement. The bigger and more engaged the network is, the more advertising sales and profits the platform can generate.

Right now, Truth Social has neither working in its favor. And it probably never will.

More plainly, we don’t have any firm user or engagement numbers from Truth. So essentially, it’s generating $0.00 per user versus as much as $40.00 per user by industry giant, Meta Platforms, Inc. (META).

That’s not a sustainable business, let alone one that justifies the company’s current market cap of nearly $1 billion. 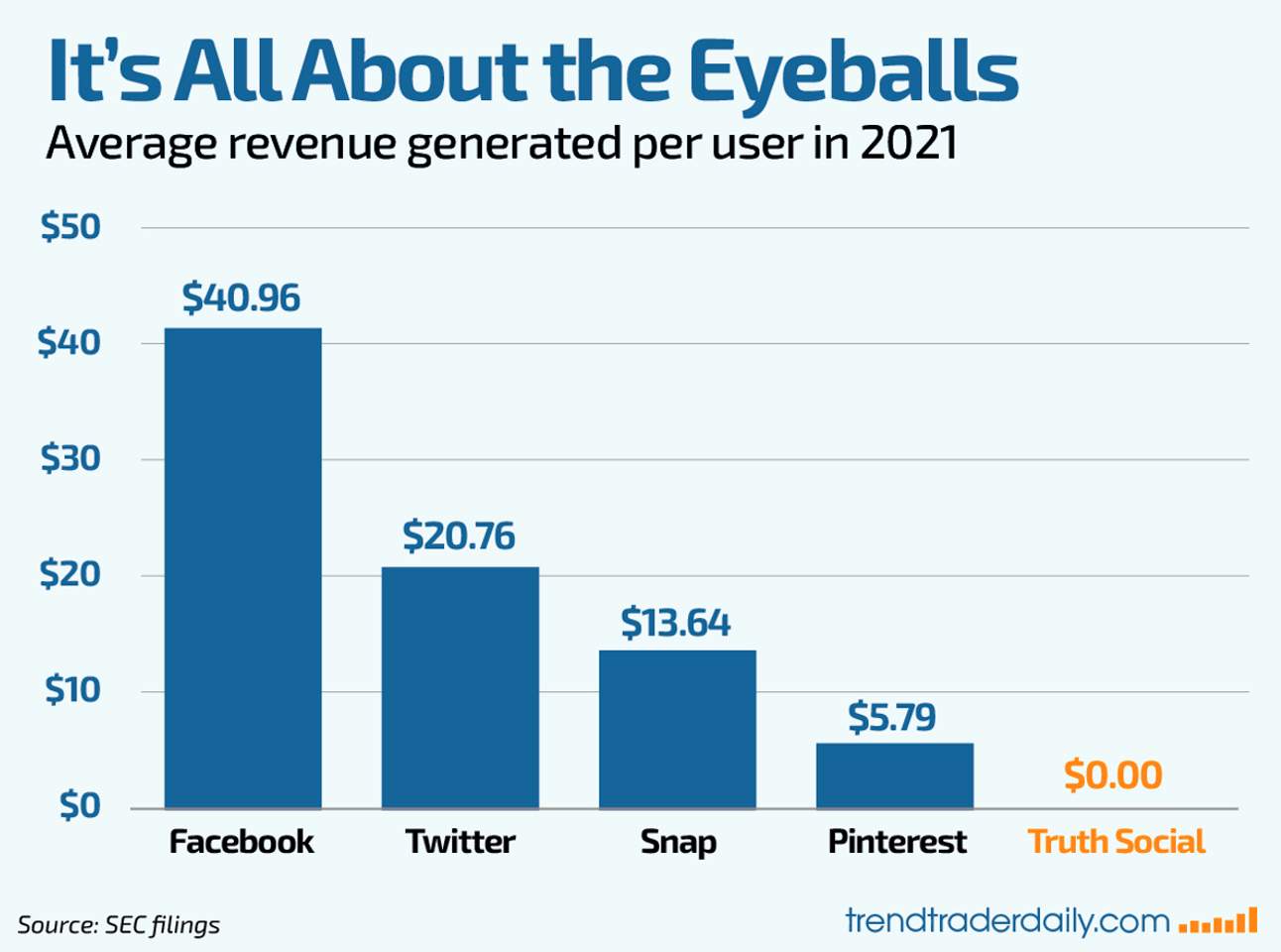 Too Many Red Flags

Even if we overlook the short-term results and slow launch, it’s important to note that serious obstacles exist for Truth Social to ever crack the code on growth and reach a viable size.

Last but not least, I’m convinced that Truth Social is led by a completely ill-equipped and out of his depth CEO in Devin Nunes.

I say that with conviction after engaging in a fiery exchange with Nunes on Fox Business (click below for the replay). 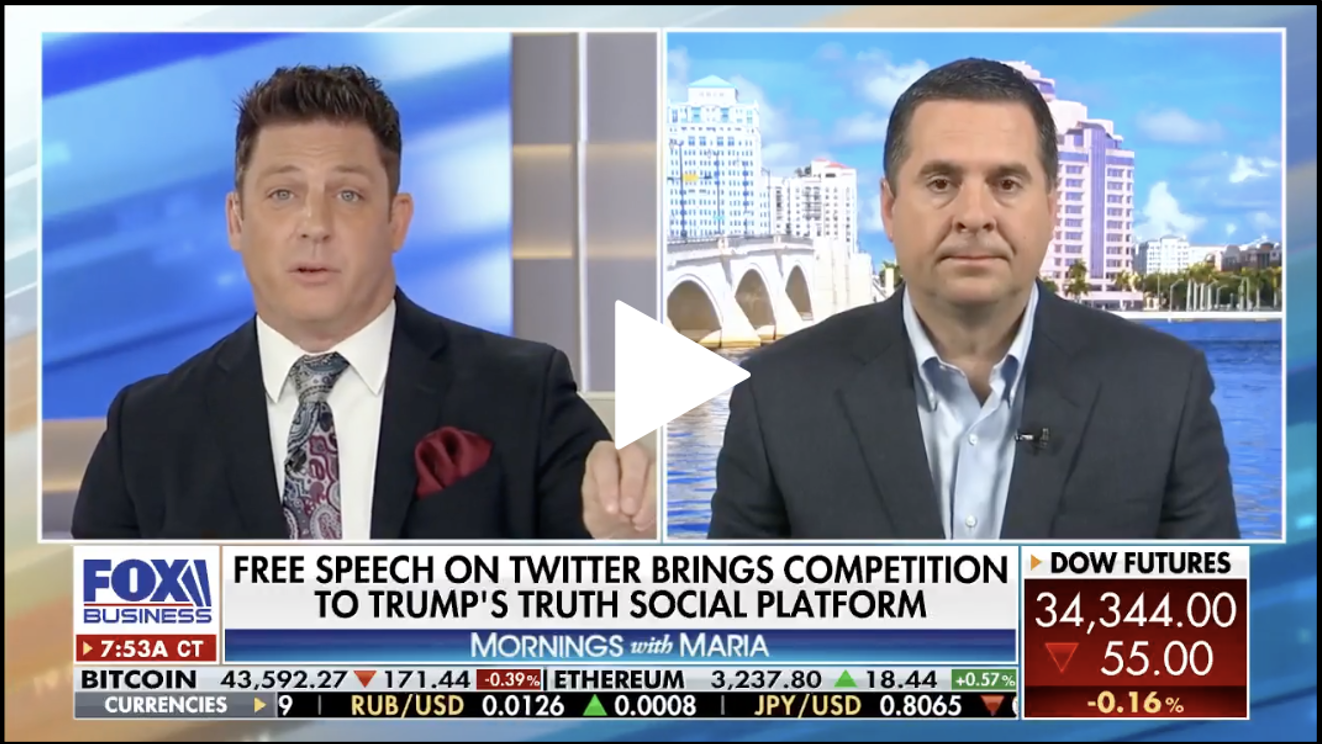 Coming off the appearance, I couldn’t help but be overwhelmed by how much he resorted to political talking points over fundamental data points.

In all seriousness, there’s nothing more painful than a CEO who learns how Wall Street and investors operate “on the job.”

Share prices, and in turn, shareholders, almost always suffer as a result. I don’t expect this time to be any different. And therein lies the opportunity for us…

Let me be clear: My take on Truth Social has nothing to do with politics. It’s all about the investment metrics, which just don’t add up.

In short, I believe Truth Social is worth less than the money held in the trust from when the special purpose acquisition company was launched in September 2021, which is about $10 per share.

That means there’s more than 50% downside to current prices, which is too big of a profit potential to ignore. Especially since we can safely boost those returns by 2x or more, as you’ll see in our “Trade of the Week.”

Make no mistake, the announcement of a failure to close the merger would send shares plummeting almost immediately. And it could come next week, as the company is currently conducting a shareholder vote to extend the merger deadline of September 6, 2022.