This Could Be the Craziest (Or Smartest) Investment Ever

I monitor IPO filings on a daily basis. This morning, something strange caught my eye:

Sun Country Airlines, a low-cost air carrier, is planning to IPO in the coming months.

Are you kidding me?

A freaking airline company going public during the worst industry slowdown in history?

This is either the craziest investment opportunity ever… or the smartest.

The Trend Is Not this IPO’s Friend

To set the stage here, let’s be clear about something:

The most important goal of any company’s IPO should be to maximize its valuation.

A higher valuation means less dilution. And for long-term investors (and for management, which hopefully has a meaningful ownership interest), less dilution means more profits.

Obviously, maximizing valuation is easier during boom times. After all, investors have no problem paying up for what’s working.

But during downturns? Not so much. I mean, who wants to put hard-earned capital into a cratering market?

And unfortunately, a cratering market is precisely what’s happening in the airline industry…

As I’ve shared before, despite an encouraging rebound off the lows, TSA foot traffic data reveals that the airline industry is still reeling. 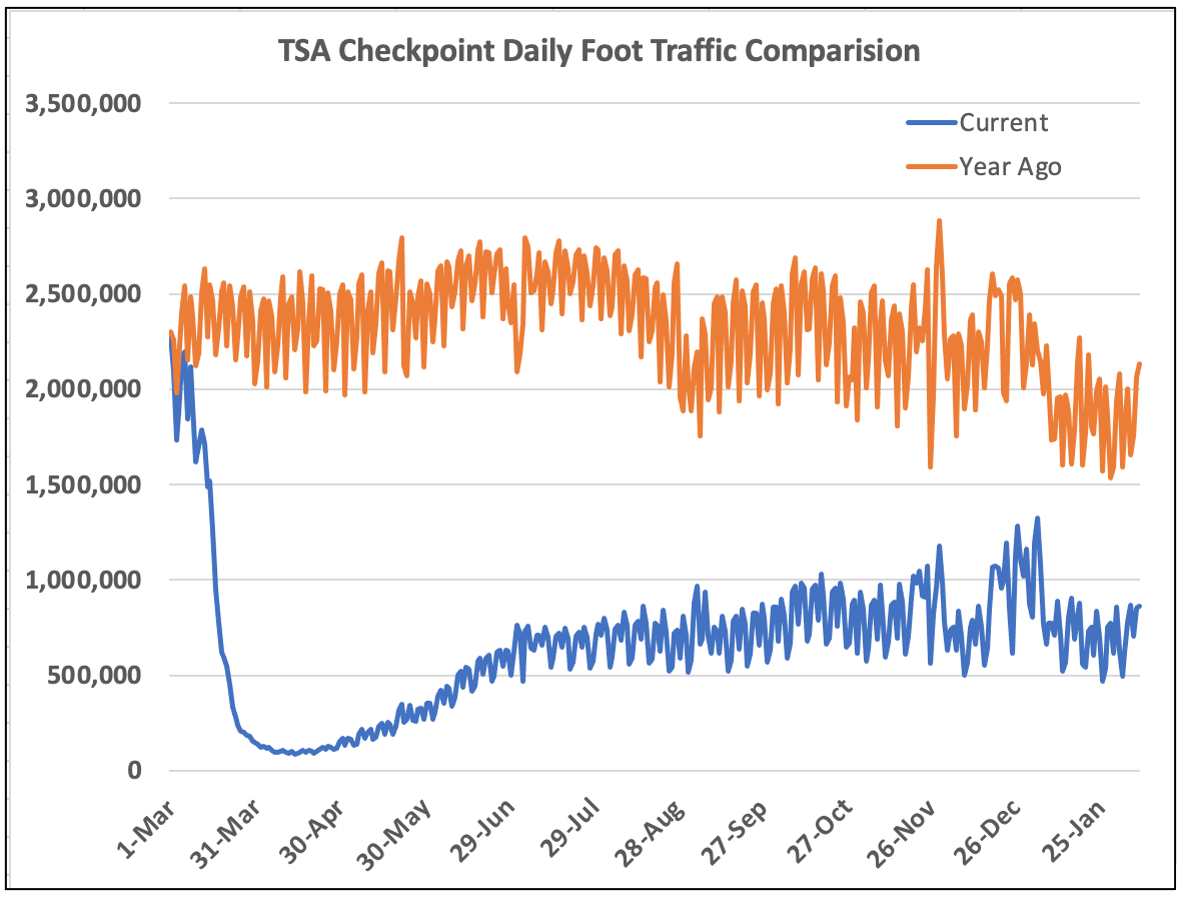 Simply put, airline traffic is still down a staggering 60% year-over-year. 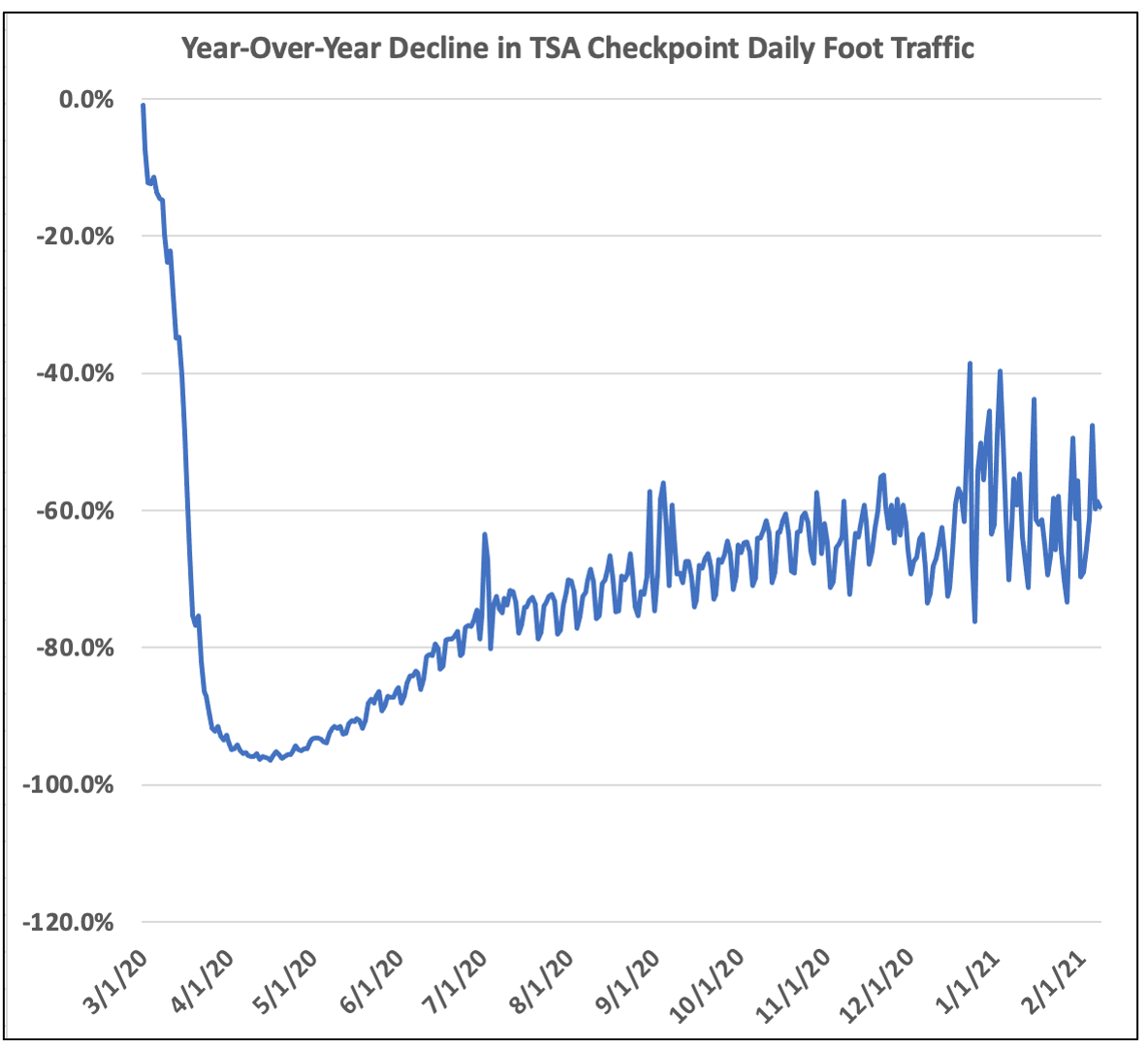 Admittedly, conditions were far worse at the height of the pandemic, as traffic dropped a staggering 96%. So, from that perspective, conditions are improving.

In addition, the market is a forward-looking beast, so investors understand that air travel will rebound eventually. But precisely when that’ll happen is still an unknown.

I recently saw a forecast that suggested it might not be until 2024!

Against this backdrop, there’s no way that Sun Country Airlines will maximize its IPO valuation.

And therein could lie a crazy contrarian opportunity for us…

You see, the stupidity of the company’s (and its banker’s) market timing could play to our advantage.

How? Simple: by serving us up a super-cheap entry point.

I already told you about a conservative way to play an airline rebound:

You’ll recall, JETS provides immediate exposure to a portfolio of 40 airline and airline-related stocks, thereby reducing our risk. And it charges a reasonable expense ratio of only 0.60%.

But what if we wanted a more speculative opportunity? For example, the chance to make triple-digit profits on an airline rebound?

Well, in that case, Sun Country Airlines could represent the perfect opportunity.

To find out for sure, in my next update, I’ll run the company through my proprietary IPO screen that I detailed for you last year.